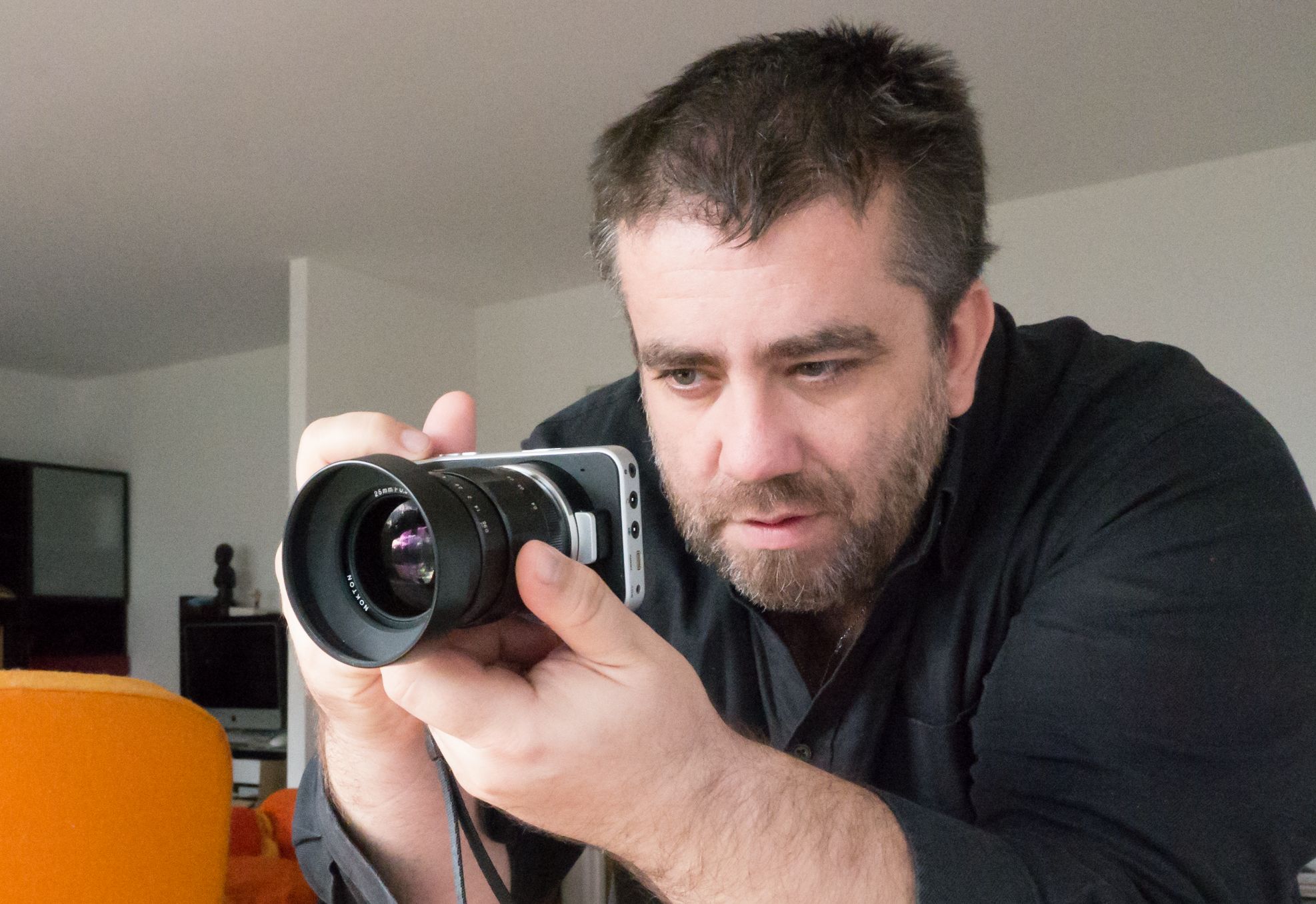 When Blackmagic Design announced its first camera in April 2012 everyone thought it was a joke or almost, despite some difficult beginning it would appear that now rely on Blackmagic to continue to shake the camera market.

Launched in late July 2013 this camera is now available at retailers is not too early you tell me, it seems that Blackmagic is not yet great point on the part of the industrialization of these products as the 4K camera production, another model announced at NAB in April it is still in the queue. Less 2 years after the first announcement at NAB 2012 Blackmagic a donc 4 cameras to its catalog. Black Magic Cinema Camera with Canon EF or Micro Version 4/3 (passive mount) Pocket Camera and Film Production 4K Camera.

La BMPCC, that's why they call it is a tiny camera has incredible image quality. Its concept is a camera close to the dimensions of a compact camera with professional ambitions in terms of dynamic sensor and codecs. Imagine having a 1080p HD camera with a sensor Banking 13 Stops, latitude and a high-quality recording.

For the choice of the frame Blackmagic seems to have understood it was not enough to be compatible with Canon EF lenses for back customers. The frame selection Micro 4/3 which Olympus and Panasonic are the creator is a good choice because it allows through the small distance between the mount and the sensor (17mm) mount almost all existing optical or almost. Blackmagic Design has chosen a smaller sensor than the average, and thus position the camera as a Super Pocket Camera 16. This is one of the concerns of this camera, As in the first edition the correlation between the mount and the sensor is a bit strange because unless you have the dedicated optical Super 16 it can be really problematic. Must consider a multiplier of X3 so if you mount a 50 mm that transform the angle of view equivalent to a 150mm. This is quite a handicap, because in order to find less than 10mm optical and have the true wide angle it will not be easy. Micro consortium 4/3 has already attracted several optical manufacturers, either Carl Zeiss, Leica, Panasonic, Olympus Zuiko, Sigma, Voigtlander etc. The existing park is quite large but wide-angle zoom exist including 7/14mm f:4 Panasonic deform much on the edges. 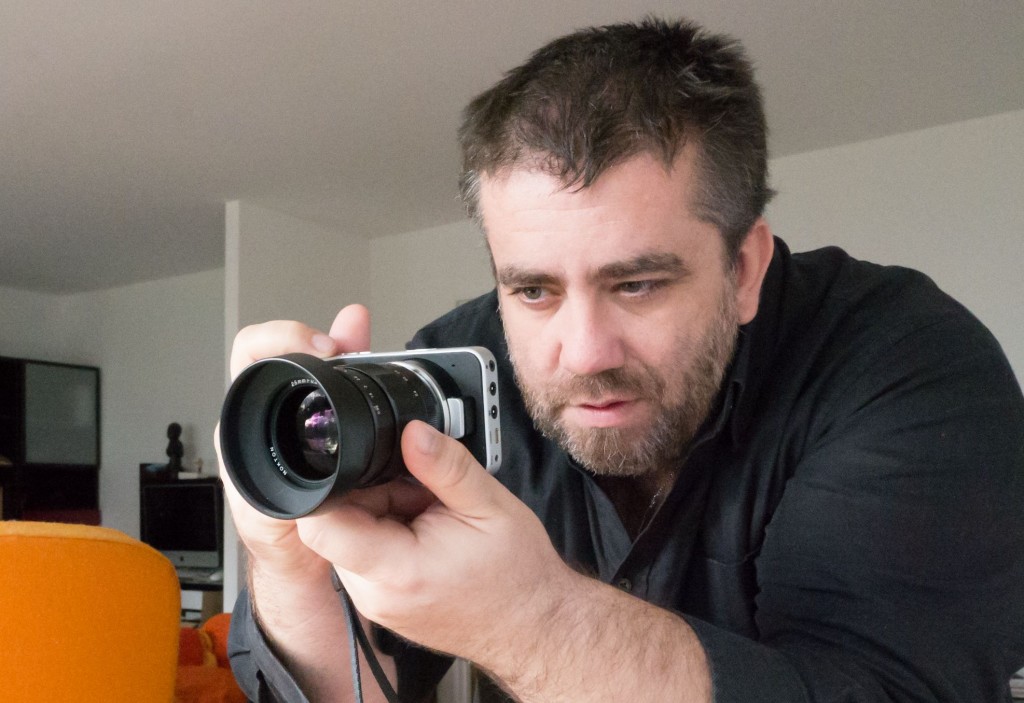 The good news just in Metabones with its “SpeedBooster” who became interested in the case of BMPCC and now offers an adapter to convert the focal length of your original optical format sensor without losing brightness even see winning !

It is therefore possible via optical adapters to old camera silver Super 16 but they are more rare to find and their value on the used market has increased tenfold.

Regarding the "form factor" of the camera is somewhat paradoxical, propose a pocket camera ambitious is good but if you take one consideration to use it you will have to accessorize generously makes it immediately less "pocket"

The camera has a screen that is large enough and has a good image quality, but it lacks a viewfinder, which will require the addition of a viewfinder kind Zacuto or Cineroid which already poses a logical problem, these accessories and this is the case all that is required to run well this camera, have a price higher sales to the camera itself, it's somewhere not very logical.

The usability is entirely similar to the big sister with sensor 2.5k, menus are identical except that the screen is not touch, it will settle for a classic clover 4 direction and a central button validation. We note in passing that some particular feature direct access to the sensitivity would have been preferable, rather than having to go into menus, ditto for the management of shutter. AF is currently totally ineffective, compensated by the presence of an assistance to the development which highlights the location of the image or the development function is good (peaking) and a configurable zebra to manage its exposure. The cell is currently completely unusable, she always hold on the highlights and there is no system bargraph. Another negative, there is no function for magnification to check point as is the case on most current cameras. The zoom in the picture is convenient yet, hoping Blackmagic correct these small errors through next software update.

This camera can now record Quicktime Apple ProRes 4:2:2 HQ on an SD card or Cinema DNG RAW, care that must be very powerful because the rate supported is quite muscular. After testing several cards and only SanDisk Extreme Pro 95MB / s is working properly and does not drop frames. To go tease the superior quality of the market leaders Blackmagic Design as the model offers 2.5 k to record ProRes HQ in "Cinema mode", it is simply called a "log" image is very neutral, completely desaturated and very low contrast which will have more latitude correction calibration of this side is a real success. The manufacturer announced a coming update internal software that will use a compressed version of Cinema DNG, universal RAW format and open source ADOBE launched by and chosen by other manufacturers as AATON or Digital Bolex. Beware though it should be noted that the weight of the images is very high, SDXC card 64 go save a little less 40 min HD 1080p25 RAW whereas it should be 15 about min . Why did not they put the ProRes 4:2:2 see the same basic ProRes LT would have been quite suitable and much more coherent. The other complaint is correctable via software update, this story is not accessible shutter, no audio VU meters, and still not be able to format your card in the camera or delete clips ?!

This camera is for me somewhat paradoxical, one side was a picture of a pretty amazing quality, a very muscular compared to what codec is being done on a DSLR but ergonomics and small teething problems that make it difficult to use. Sacrificing ergonomics hotel quality image is not necessarily the best direction to take, this camera is ultimately not so pocket it and its most obvious use would rather be on a foot studio. It prevents that unless 800 € HT is pretty amazing, the recorded image is actually quite close to what we can get on a Canon C300 and Sony F3 and the cost of some contortions the younger generation who did not like the standard mêtre shoulder camera and comfort will find certainly his account.

I invite you to go on tour in New York Photo by Thomas Garret friend who made us his review.