As every year since 2007 I would be present at NAB 2013 thanks to my partner always Jean Philippe Mariani, founder ATREID. This year, like last year I will be accompanied by a friend Loïc Paillard and we will walk the aisles of the convention center in Las Vegas to tell you what is happening in what remains the largest exhibition dedicated to the professionals of the audiovisual and cinema in the world.

As usual I will venture a few predictions, I'd share with you here in bulk, in disorder and no interest. This year apart Atreid, I have no sponsor, Panasonic can not. Blackmagic Canon and do not, Nikon said no … I avoid thinking too much about all that, but sometimes it's a little shit not necessarily be supported, all content that speaks to their products, so yeah it's cool small travel time, a small band is good too but still … yes I complain I do not ask me to pay for what I do but 2 tickets a week in Las Vegas hotel and everything else is not given all that … brief …

At least some good news last minute, So we go to the roots with passion as the sole motivation ! Departure from Paris on 4 April.

And Facebook via my public page : https://www.facebook.com/www.pampuri.net So go Likez !

I also invite you to respond to in the comments tell me what you want done for NAB 2013 ?!

Last year was the year of 4K, this year the manufacturers and software publishers should drive the point home as they say. And name variations including Ultra HD 4K and 8K for television should be honored. 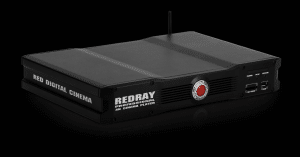 RED should deliver the RED Ray, this famous player capable of playing 4K 1500$ and a rate of amazing 25mb / s ?! I'm curious to see where they are side projector, This laser projector made famous in alpha last year is going to be very promising.

The first EPIC with sensor “Dragon” the famous 6K with an exceptional latitude should also be much more concrete and I hope it will “available” … we'll see you on the other surprises ? I hope the return of a baby RED faithful to the original concept of the scope of Scarlet 3K 3000$ would have the time to get in front concurrency with Blackmagic.

Last year I had a small interview with TED in RED, filmed in red 2 cameras, le luxe 😉 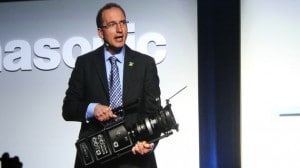 Panasonic, other expensive brand in my eyes, there is that they are not officially back in the dance of digital cinema HPX 3700 Broadcast HD is a camera which has been grafted cine gamma curves …It is certainly a very nice camera but it would need to be remplacée.Espérons the VARICAM 4K, presented as a mockup under glass last year will not be an announcement effect. Last year

In any case this is the timeline announced , 2013 would be the year of the’AVC-Ultra, this codec from Panasonic speaks 3 see more years to be operational. Multi-resolution, for all variations of the general public in a very pro 4K 4:4:4 12bits there are great chances that it will be at the heart of the debate and operational in many devices.

I also dream of an update of the AF101 important in 4K but why not tjr micro 4/3 because I love this format. Unless it is a GHX more “for” it is always that if you believe the rumors should get a new case. I think a more GX2 since the GH3 is out there very shortly. Inch’ Allah looks like the other …

In Sony one wonders what will happen to be able to respond to advertisements F5 and F55, which begin to be delivered. I think the XAVC which is somewhat the response of the shepherd shepherdess in Sony AVC-Ultra Panasonic. Multi-resolution, gop gop or not, of 4:2:0 at 4:4:4 12 bits … War codecs can not seem to stop and it is clear that the largest variation is a public plan in Sony.

Canon book for a few weeks and the EOS C500 1DC but I do not think they will stop there. I hope a big surprise as Codec side home and I would not be surprised if a compressed RAW RED Code is as presented Monday in Las Vegas. A C300 mkII can be considered but I do not believe too … and we should have the new 4K screens also.

I would also take the pulse at Angenieux that should be a big announcement, specialists talk about anamorphic zooms.

Side Blackmagic the BMCC Micro 4/3 should be a reality and we can probably expect a V2 or product can be positioned a bit higher in the range with a larger sensor ? S35 has a Blackmagic Cinema 5000$ wholesale ? I fantasize but it would be logical. This is the acquisition of Cintel wonder who that is in accordance to what they are accustomed to may be expected to see one tumble Scaner 4K 35mm on steroids and indecent for Pricing ? It would probably be accompanied by a bonus software called “Revival” indeed it is soft has not really changed since the purchase of DaVinci would be logical to see revived days, running on Windows and Mac has a staggering rate. It costs even more 9000$ and runs only on Linux. 4K will necessarily also has the honor cards in BMD side converters are other cases thundebolt.
Assimilate, Autodesk, Adobe will also be under the spotlight. In any case, you can count on Pampuri's blog for all the info you relay commented and interpreted by your servant my …

Waiting to view the videos from previous years where you will find everything from : 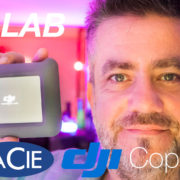 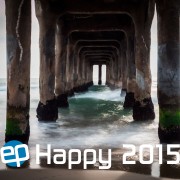 Group Photo Image saves me the NAB
Scroll to top