The DIT Station ROGUE was present at NAB and Sonnet Technology in RED. We had the chance to play around with and the concept is very interesting. I was a little skeptical of choice in the mac book pro 13 inches at the beginning but it is clear that it makes sense because the major advantage of this bag is that it SAYS respects immersions “cabin case” and which can travel with you on the plane. Concentrated technology Thunderbolt from home for most of Sonnet, the chassis including Echo express XLfor connection to a particular card RED Rocket.

The program therefore Compact Flash card reader, SSD RED 1,8″ Sony SxS and all connected to the mac via Thunderbolt and secure storage of F3 in Sonnet. It is ventilated, bien fini, efficient and smart as I like. 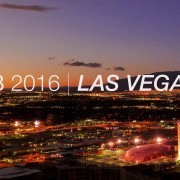