After a rather disappointing RED user party, or we were told that the new would not be revealed on the spot and he should get to the booth at NAB or wait 1 hour to see them on the website … I confess I do not understand the value of the thing, thank you for beer and pretty pictures by cons … Yavait it tonight a bit of tension between Michael Cioni and RED guys ? The evening had it happen like that ? Brief, impressive to see the evolution of this company, also impressive to see the community grow, frustrating but the same old story … you are everything together world inviting them to go online content ads ?

The famous projector will also happen in the year (yes but when ?) 4Lazer K Stereo requiring no calibration (???)

A free update of M as Epic announced it will return the camera to make the change and it will weigh a few grams lighter and the cooling system seems to you it will be more effective. 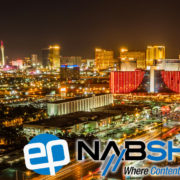 Reflections on the new "large cameras" of this 2011.