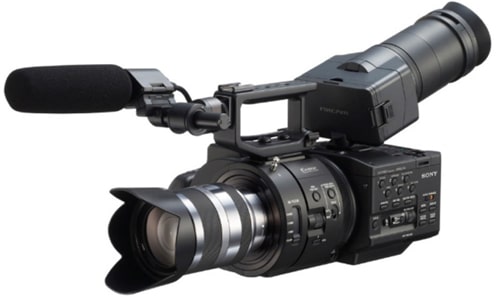 Against by this famous 4K output would be on the 3G HDSDI output and not on the internal recorder, this feature will be activated later by a software upgrade and registration will be on a recorder SONY … we know for now. You can download the brochure here

Is this a way of announcing that the F3 would also declination 4K ? Whether, at what price ?

Always it is that NAB 2012 looks again very crispy. We look forward to hear from Panasonic, we gotta get the presage of a new 4K camera also includes the famous AVC Ultra unveiled ago 2 years … An evolution of the AF101 you it will be announced at NAB 2012 ?

Angenieux and Sony invite you to St Héand ...
1 reply