My friend Vincent AKA Vince 26 you probably know me by Email requests in recent days about FCPX especially.

He posted it : ” As for FCPX, Are you sure you do not insert a space at the end (alt W). The interface is at the moment and made it black is barely visible.
When export Vimeo… J’espère qu’il corrigeront d’autres trucs avant ça 😉 Et j’ai hâte de lire ton point de vu sur ce FCPX. On my side, not use as I had worries me ; on the contrary, I took a lot of fun to discover full of tricks, functions undeveloped ; it's more to see people like Atreid have big doubts about the future that worries me FCPX. And you ?”

Hi Vince,
is a sensitive topic, I confess that I do not know what to think. But there are a lot of balls and it made the big American networks that use the ecosystem Final Cut Pro that are most concerned. Imagine, CNN, MTV are among the heavyweights that have made the switch on the FCP. For the time being home the slogan is not to move. Even TF1 Production, which has a smaller scale 150 machines (yes I know 150 machines c’est pas vraiment petit 😉 ) that are functional but can not migrate at least for the moment. Just Imagine 150 FCP connected on Xsan Xserve running on and equipped FCServeur …. everything that made that FCP could be used in ultra pro environment is abandoned by Apple …

Like you and like thousands of other users (millions ?) I am in doubt. What I know is that the features are interesting FCP X. Dave C. One of the pundits of the industry at European level at Apple would have said with a smile at a rally for integrators and resellers FCPX pros for him was not expected to come before replacing FCP7 12 to 16 month … in that case why have abandoned the sale of the previous version ?

Too many signs show that the concerns of apple are also. One of the crap that thrilled everyone this is my first engine 100% RGB. Not to mention all the relevant issues has posed all users worried the answers are often oriented plugins and so-called solutions “third party”

My concern goes beyond, what is this company that has long been for me a mark for me to defend Is not become worse than his old enemy : microsoft ? … Today the political ultra protective of Apple and its big brother next to me inflate ! Remember the basis gentlemen, remember those who support you from start, those who were still there buy a Mac Quadra 1996 Then everyone gave you for almost dead. Remember the Fans, those who are willing to go on a crusade against those who defend the dark side !
All this creative community, Musicians, graphic, filmmakers, while those who chose Apple for these incredible tools and community spirit, does not drop.

Remember the advertising Ridley Scott for the Mac 1984. Where is your soul or spirit that sweet rose rebel ?

Can not we engrenger the dough and continue to remain faithful to the original principles ?

I wrote this article with a macbook pro 17″ I think that remains a formidable machine that allows me to work and produce content. I also have an old iMac at home, 1 iPhone, 2 iPads, my company is equipped with Mac 99% … My concern does not start today but what ? Buy Windows Pece 7 Is this what the alternative ? At the moment I am weak, of “2 Steve” Jobs that I like Balmer, but for how long ? 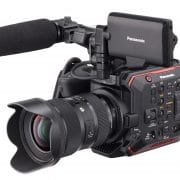 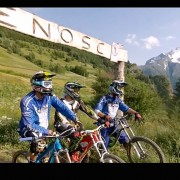 RED Epic 300 frames per second in the pool … Sony you it will steal the show from Canon and Nikon with Alpha77 ?
Scroll to top