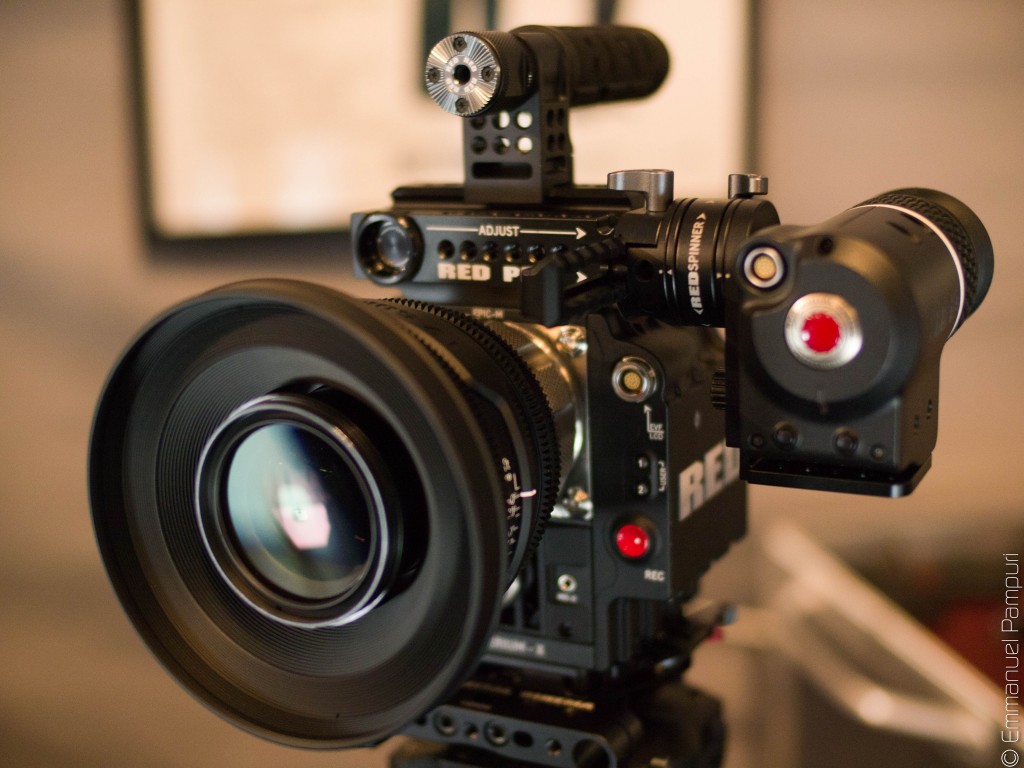 TED We were promised a response to the”interview earlier. I returned to see a little talk with him. The basic project was to make him make a presentation of the Epic of menus so you can see just how it reacted on the touch screen. I said that this is not the only way to adjust the settings of the camera. There is REDMOTE, small remote control removable wifi and a bunch of buttons and knobs clicquables positioned where you need it.

EPIC “M” : Epic 5k handmade limited edition with a titanium frame available since late December and more than 300 have been delivered.

EPIC “X” Delivery soon (as soon as the parts supply problems from Japan will be settled). This is exactly the same as the EPIC “M” but the Titan and built a process more aec “industrial” craft and less. Advertised price around $ 29k. Have priority in the order reservations past owners RED One form of update :

EPIC “S” SCARLET replacement for the S35 sensor should offer RED One 4K of MX in a body of EPIC software and with some limitations notte at the bitrate of the codec. Starting price around $ 12K it will arrive later …

SCARLET Available 2 fixed or removable optical versions. The version released in the first fixed optical, it will have a 10x zoom with a Autofocus. The 2nd version will be interchangeable lens and a series of fixed optical named “Mini Award” released at the same time. The advertised price of SCARLET “fix lens” is 6000$ about but it should move a little. The delivery was scheduled for the beginning of September but disasters in Japan will cause an additional delay mainly because of the perspective that was made over there.

Reflections on the revolution in digital cinema.

The Scarlet is I saw it and it works !