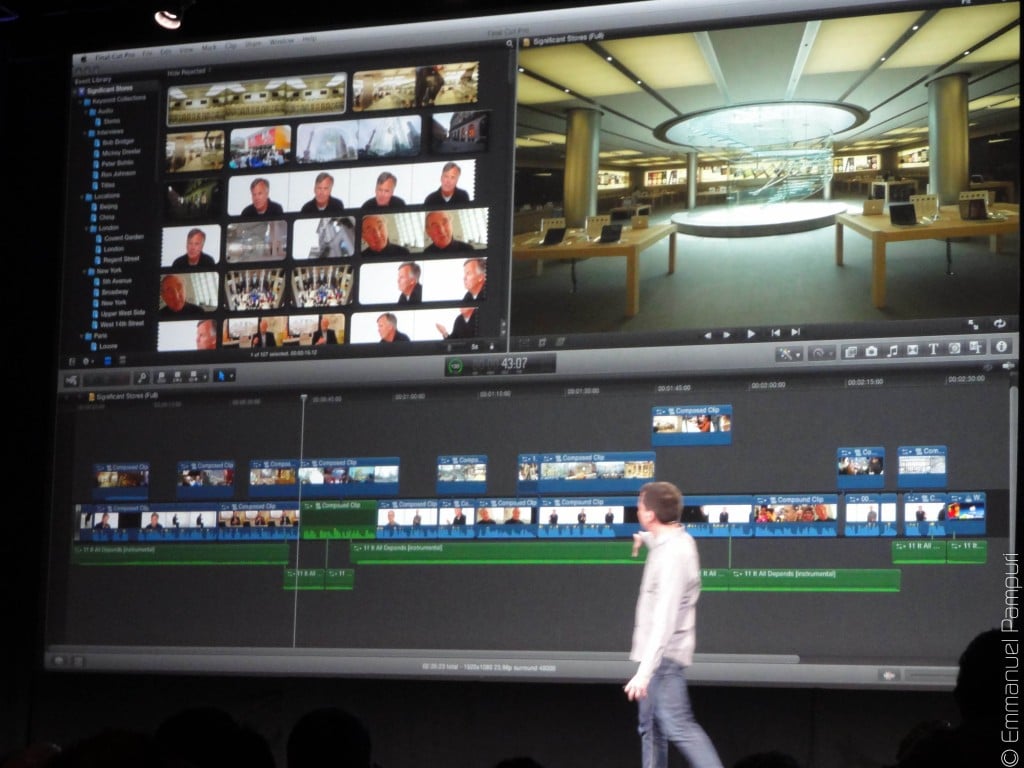 Yes it is a little fire, my title but it is a tour de force which I just attended.
I remember 1999 At the time we had the right of Avid Media Composer, LightWorks, Video Sphere, Edit and a bunch of apps more or less successful and more or less interesting.
I remember the time or executive of a large company had disappeared from these words : Final cut ? But it never work this thing … The box was called Perfect … RIP …

Since it is the success that we know more 2 million registered users, and the euphoric period or at the beginning gave way to a period of doubt. It's hard for a year for many people, resist some others succumbed to the charm of competition, performance of Avid MC 5 or Premiere Pro CS 5 have convinced some of my friends to switch sides. Tired of seeing nothing happen to meet under the apple tree. For my part even if the doubt inside me, I preferred to keep faith, focus on the fact that not abandon the side of the road 2 million officially registered users (which means that is at least 3x more happy people who do not want to buy their license !) I also said that Apple could not disappoint this community and that if they took so long is that it was worth it.
The first Final Cut Pro 1999 was a major event in my career because it was the culmination of a quest, that of technical autonomy that allowed me to spend more time creating.
It is this revolution that is taking this move with the DSLR and all those little cameras that we like time. It's the same in terms of “philosophy”. 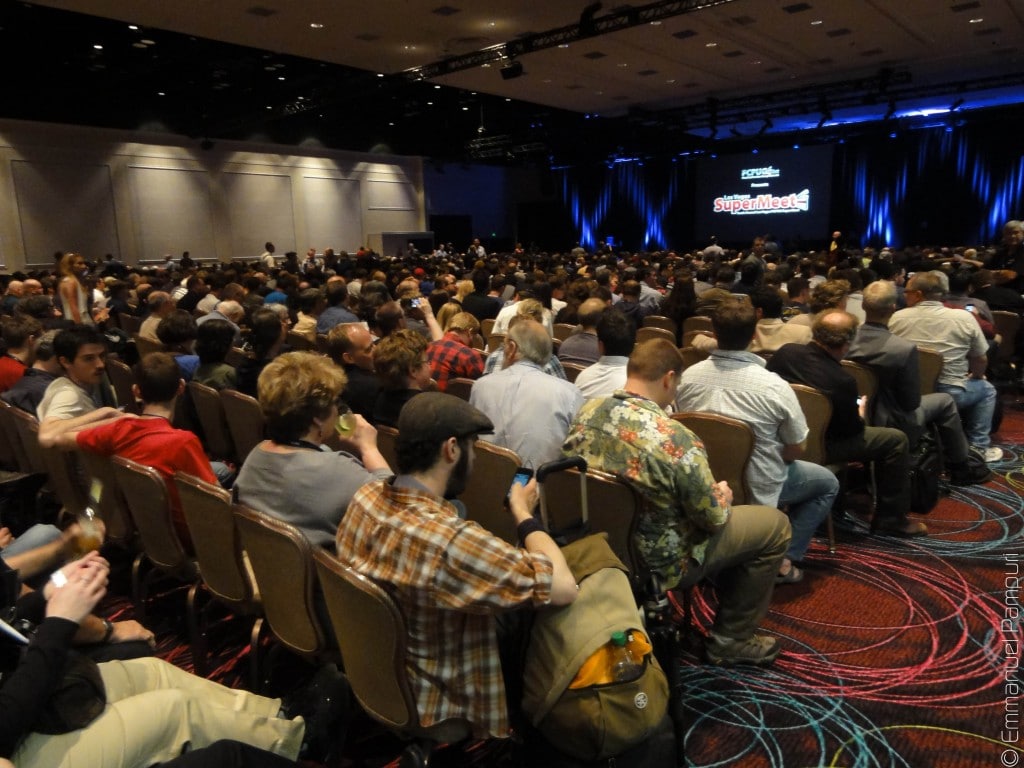 The evening was expected tonight, Some ground their teeth and they were already a result, d’autre piétinaient, trépignaient d’impatience. I stayed enthusiastic and confident. Confident in the tradition of this company has a habit of getting things done and all focus on innovation. Present this evening of supermeet already, you had to have a nice pair of coucougnettes has any weakness because the public would come out the rotten tomatoes (I had taken full). In short they had to really have confidence in what they would announce, and I can tell you that I was not disappointed. Although I am lucid and it is only a demo. It is well known that the reality is often quite different, I was simply amazed.
I made the comparison with the iPhone, Apple reinvents the phone and changing our habits, gives to all the hordes of builders who are declining the concept. I'm going to criticize but never mind, democratized after the NLE and ate large market share, Apple reinvents the assembly, yes mounting, not just the editing tool, but how to mount and the advent of this new tool will inevitably affect our business and I would go even further this is the kind of tool that creates professional mutations.
In the end all non-linear editing interfaces are almost identical and also feature.
After we have confirmed the fact that the technology implemented in Mac OS X Snow Leopard is beautiful and well used (64 bits, core audio, core video, core animation, grand central etc.) is the interface and editing features that are pure upset. It's stupid to say but I got a little emotional, I fully assume the job has been done is simply enormous.

So yes we have lots of questions in mind after seeing this demo : gender is all very well but how we leave ? or Motion, What it gets ? Color is dead … realy ? and my cuts ?

Rather than going into technical details and saw that my friend Jean Philippe has put together a small article on what he saw and heard tonight at this level I send you on the excellent article he wrote www.atreid.com

Thank you again to all who have lifted and we are following up with Yak / FCP and FCP BE MTL.
More than words, and even if I've told a lot, I invite you to watch the video I recorded all or substantially all of the presentation will be available in few hours.
I'll cut it in 2 parties and enjoy the speed of the Internet for U.S. all that you upload

The first part lasts 24 minutes is the presentation of the functionality of the software, the 2nd is about the same, it will come later. Please excuse the poor quality of the thing but it's not easy to twitter with one hand and shoot each other all that with just a monopod cane stuck with my suitcase on wheels.
And direct the live Las Vegas, I salute you geeks …

The video will normally be read at noon French time. The second … plus tard 😉

sorry is missing a piece, thank you for making me think to tell Panasonic that dirt limitation to 30min recording is a formidable chianlit !

Post-production begins behind the camera sensor ...

NAB 2011, forecasting and the desires of Madame Irma