Blog
You are here: Home / Blog / 2 Bazard / reaction / Reflections on the revolution in digital cinema.

Long as I am concerned about future developments of this revolution we are experiencing now we image makers. I have already touched on the right and left and I said a small gathering just post the ideas and views that I could have on the issue could be useful.

Long ago when I got out of school, I already had a behavior that might seem strange. And 1991, a guy who was as passionate about music, sound, Video, or photograph, it could not exist and I was often asked to choose, I was unable.

I like to create, and I also like the technology associated with these creations. Aujourd’hui a l’heure ou les contenus réalisés avec des Photocam ont envahi les écrans qu’ils soient grand ou petits (thalassa even on France 3 is turned DSLR) I think we will not need to choose. Photographer, vidéase, filmmaker ? Whatever, generation happens cares royally, we spend so much time filming has photographed with the same pleasure.

The accessibility of the tool does not relieve the talent and work, but this democratization distributes maps and related cleavages wallet no longer be there, can come from a “disadvantaged” et faire du cinéma. On peut acquérir à moindre frais des outils performants. Now only the talent and hard work will make the difference.

Based on the same revolution, that of digital, access to the room becomes more democratic with the digital, the famous file DCP (Digital Cinema Package) which will eventually replace film in theaters is a great tool. Must be found or the close of 10000 € for a 35mm short film for a, it takes less and 10x digital.

I do not want to hurt those who love film, I love her too much and I think it will last even marginally for the shooting to the productions that will be willing to stand by his aestheticism. As much as a broadcast medium, we can only note the decline. Yes pelloche as it is called is still superior to digital cinema camera, but for how long ? Si on regarde le petit monde de la photographie qui a entamé sa révolution numérique bien avant cette du cinéma on peut aisément se projeter. But back to the broadcast, ago 9 years (2002) DCI is the standard output of the consortium board bearing the same name, early 2009 there were fewer 300 digital displays on the park 5400 screens in France. We have achieved the 2000 screens at the end of first quarter. And 2006 large multiplex large groups of farmers were making room in their projection booths today is 35mm projectors that go the same cabin.

Or down there hurts more is that there is real technology gap between cinema and television, HD has become a standard and its technical standards are sufficiently close to the cinema. Between HD and 2K only a few pixels separate 2 worlds. A good bluray player, a good HD projector home theater and find ourselves to have better at home than in some small theaters. I think that the 4K that cinema will create the qualitative distance that separates the HD and then television (if we put aside the 3D but that's another debate). Park projector installed is largely “upgradable” with the new DLP chip 4K.

Since 3 years now Machineurs, positioned themselves on the DCP, the road is still long because we have no anticipation or recognition as a laboratory. Some have attempted to FAD Machineurs adventure and we have confidence in walking through the back door, advertisements, Trailers, courts métrages etc. Since, we have several STC encoded feature film and the quality of our work has met several producers and distributors who appreciate value for money but also the complementarity of the offer with Cinego which manages and KDM Filmor which deals with the duplication and delivery of copies (tangible or intangible)

2011 is more than ever this year with the digitization of film. 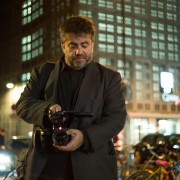 Niouzes of the planet shooting ... (edit)

Development 2 NAB 2011, forecasting and the desires of Madame Irma
Scroll to top